Cherishing the academic aspiration and the schooling notion of “cultivating talents conversant with Chinese and Western cultures, versed in classic and up-to-date knowledge, well-trained in the Arts along with the Sciences”, the Department of Foreign Languages and Literatures at Tsinghua University is endeavoring to break through the traditional pattern of teaching, research and construction of teaching teams. Among the eight research clusters in the department, four focus on literatue, translation, and cultural studies:

Putting emphasis on the fundamentals and on the research of classics, and setting the exploration into pioneering researches as the main direction of researching and teaching, this group stands on its competitive subjects of British Literature, American Literature, German Literature and their criticism history, it also intends to broaden its research scope to cover the research on French Literature and Russian Literature. This group is supposed to maintain its academic competitiveness at home on subjects like British, American and German Literature as well as on literary criticism, and to maintain its position as basic subjects in the first-level discipline of Foreign Languages and Literatures. It will prioritize the research and teaching on eighteenth-century and nineteenth-century Western Literature, with extensive discussion on the complex relationship and the tension between literary arts and Industrial Revolution, among political, societal and cultural transformations. It also seeks to inherit and carry forward the characteristics of Chinese as well as Tsinghua’s academic tradition, to establish itself as a leading institution among fellows at home within five years, and to make itself heard in the international academia.

This group conducts research on national/ethnical literature from a transnational, transcultural, translingual and interdisciplinary perspective. At the same time, it pays close attention to the up-to-date discussion and exploration of literary and cultural theories. With “world poetics” as the construct of an important genre and as the focal and breakthrough point of the academics at this stage, it aims to assist a solid development on world literature and theories, renew the interpretation of literary phenomena in both East and West, and make contributions in the field of literary criticism, acknowledged by the academia both domestically and internationally.

This group works on the research of translation in itself, covering a wide range from translation theories, translation history, translation criticism, to translation practice and the extensional researches on translation, etc. The researches employ any cultural phenomenon that is disseminated through and impacted by translations as their subject matters, which include research fields such as literature, ideology, history, culture and language. It encourages its members to produce translation works of high quality. Meanwhile, it advocates the practice of combining translation practice with theoretical research, carrying forward the fine traditions of translators of previous generations. It insists the Tsinghua tradition of the elder generations, i.e., being both a translator and an expert at the same time, striving to establish a “Tsinghua Style” in the field of Chinese translation.

History of Literature, Idea and Civilization

This group plans to build within five years a fairly well-rounded course system of History of Literature, Intellectual History and History of Civilization, a full-fledged curriculum for graduate students. It is going to experiment joint degree graduate programs, as well as a bi-degree awarding system with universities overseas. In terms of research, it works on building a high-level, international research team that may rewrite the history of literature, the intellectual history and the history of social cultures in its opening up to various cultures. At the same time, it offers multi-dimensional interpretations to literary works and all kinds of text materials including supra-literal texts by touching upon the rhythm of history, so as to develop academic principles and schools of thought. What’s more, it attempts to explore new visions with which to research on a world history and a historiographical history that accommodates the academics in both China and the West. 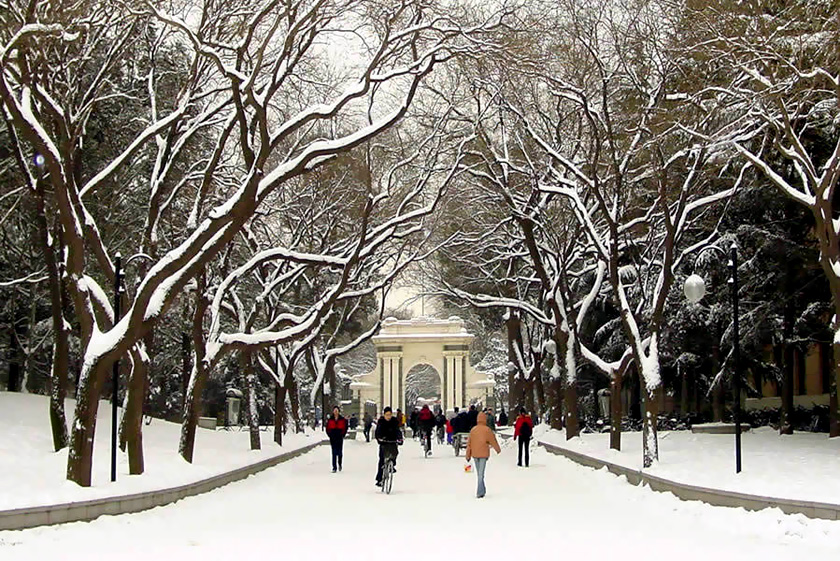